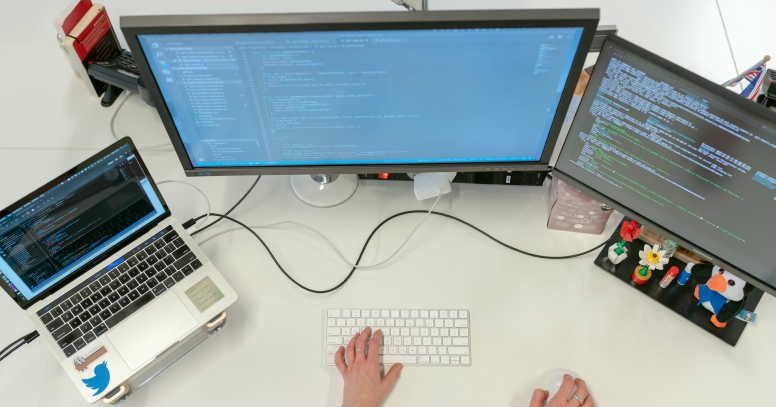 As software developers know well, one solid hack can change the game. No, we’re not talking about malware — we’re talking about productivity tools that can help programmers ship code fast while keeping the quality of the code high in real-time.

Countless new developer productivity tools pop up every year. They promise to unify and solve all of your problems in one go or promise to plug in to solve that one niche issue you just keep encountering.

Below is a curated list of some of the most recent tools (plus a few tried-and-true classics) that programmers across our software teams have enjoyed using, sorted by function.

If you want to improve coding efficiency/speed:

Sourcegraph is a code searching tool that allows you to look through all of the public and private code repositories you work with — hosted anywhere. You can run (and save) queries to find function definitions, the locations of a specific error, references, usage examples, and anything else in code. You can also make batch edits to address security risks and/or root-cause incidents.

The app has also indexed every open source repository with one or more stars (more than 1 million repositories), so you can explore and reference this massive library of community-developed code. We appreciate the efficiency, customizability, and knowledge-building of this tool.

Using Sourcegraph is free for up to 10 developers, and after that, requires a paid plan. You’d be in good company — customers include Amazon, Dropbox, Yelp, SoFi, and Prezi.

The productivity tool Table Plus is a UX-friendly database management system. It’s for relational databases — collections of data items with pre-defined relationships between them — but has a graphical user interface (GUI) and looks like a spreadsheet. The tool that lets you browse, query, and edit your data and database structure.

It supports languages such as MySQL, PostgreSQL, SQLite, and some NoSQL, among others. Spotify, Intel, and Stanford University all use the tool. You can buy perpetual licenses for each device or team.

The Silver Searcher (Ag) is a free, open source command line code-searching tool for DevOps with a focus on speed. It runs on Unix-like systems, MacOS and Windows operating systems. Originally, the tool was developed as a clone of Ack, but it runs much more quickly. When inputting your command line search, you can also specify which directory or sub-directory to look in, or command it to ignore specific file patterns. Install it for free on Github.

Pastebin is an optimized clipboard that lets you instantly find any text, link, image, lines of code, or file you’ve ever copied on any of your devices. The app syncs across your iCloud so you use it as a mobile app or on your computer, and share it via text, email, social media, or AirDrop. It drastically speeds up the development process.

You can also copy and paste multiple items at once and remove formatting so you can paste it as plain text. Plus, you can create pinboards for frequently used items. There’s a 14-day free trial then a low-cost subscription.

Microsoft’s popular Visual Studio Code is a lightweight standalone source code editor that supports debugging, version control, and task running. Visual Studio has an integrated development environment (IDE) with tools for a quick code-build-debug workflow. It features a simple command line interface and syntax highlighting in programming, scripting, or markup languages. It supports programming languages such as JavaScript, Python, Java, Markdown, TypeScript, C/C++, JSON, Powershell, HTML/CSS, and more, plus it runs on operating systems such as Windows, macOS, and Linux.

There are also thousands of extensions to customize Visual Studio, including extra settings, features, or uses for existing tools, on the marketplace. There’s a free version and a subscription version for enterprises.

Another popular IDE is Jetbrains’ IntelliJ IDEA, particularly if you use Java as a programming language. Designed to maximize productivity, IntelliJ IDEA does the routine and repetitive tasks for you by providing code completion, static code analysis, and refactorings. Once it has indexed your source code, it provides these intelligent suggestions to optimize your coding process, and bonuses such as best naming conventions to instructions on how to migrate to new Java features. It also features integrated version control systems, which is crucial for remote teams. The subscription pricing structure ranges by package and user number.

Certain modes in the IDE, such as LightEdit mode, let you use IntelliJ IDEA's text editor.

If you want to improve team collaboration:

Postman is a streamlined platform for building and using APIs — it allows developers to create, share, test, and document APIs. The task management platform has tools that enable steps of the API lifecycle, from design to testing to documentation to mocking to sharing your APIs.

It also hosts API repositories, to allow teams to easily store and manage around all your API artifacts, such as specifications, templates, documentation, workflow recipes, test cases and results, and metrics. Teammates can collaborate on APIs through organized workspaces, including on Trello, and the platform even can provide notification alerts, security warnings, and reports.

The app has a freemium model, with basic features in the free model with upgradeable levels.

Doppler is an encrypted security tool that helps developers sync their “secrets” and app configurations across devices, environments, and team members. It provides one simple and easy-to-use source of truth for projects — eliminating the need to share confidential information over Slack, email, git, or zip file. The tool is free for five users, then prices rise for teams and enterprise.

Loom allows you to record and share video messages of your screen, webcam, or both, with teams asynchronously. It allows distributed developer teams to record themselves submitting, demoing, or reviewing code — enabling knowledge sharing, quicker feedback processes, and overall better time management.

It also allows developers to record and replicate bugs in video messages, so you can document issues in detail and save a lot of time across teams. Loom has a free starter plan, and monthly subscriptions for business and enterprise.

If you want to optimize your computer:

Raycast is a searchable featureset for your PC or iOS computer. It enables easy searching in locally hosted apps, documents, files, and even third party services such as Jira, GitHub, and G Suite. Users can also create keyboard shortcuts and forms which allow them to create new content such as Jira issues, or use the tool’s Action Panel feature to perform actions such as merging a GitHub pull request.

Raycast’s API also allows for developer configuration and customization — they can install extensions from the community or build custom extensions and shortcuts that can be shared within teams or communities. These range from time tracking and to-do lists apps to calculator and calendar plug ins right in the app. The app is free for personal use, of $10 per user for teams.

If you spend most of your day (and night) on your computer, f.lux is a great free app to download. It adapts the color of your computer's display to the time of day — staying warm at night and like sunlight during the day. It helps relieve eye strain to help developers stay productive on their computers and get better sleep when they finally turn their computers off. 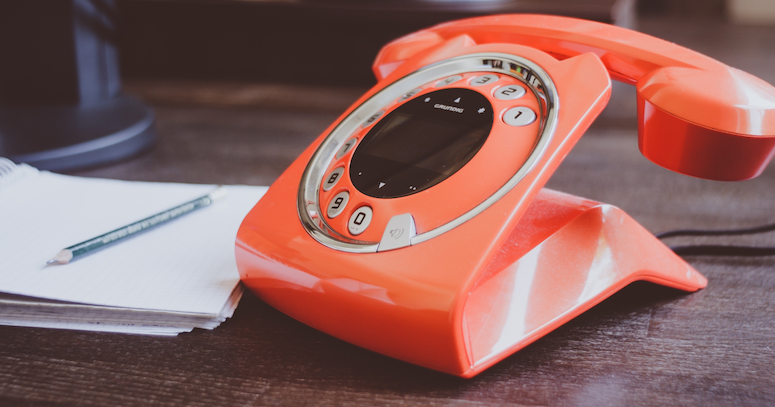 Properly setting up on-call scheduling systems creates arrangements that ensure developers are available to maintain and improve the microservices infrastructure. In this article, we'll discuss some best practices for scheduling and managing employee on-call systems.
By
Cortex
-
December 6, 2022 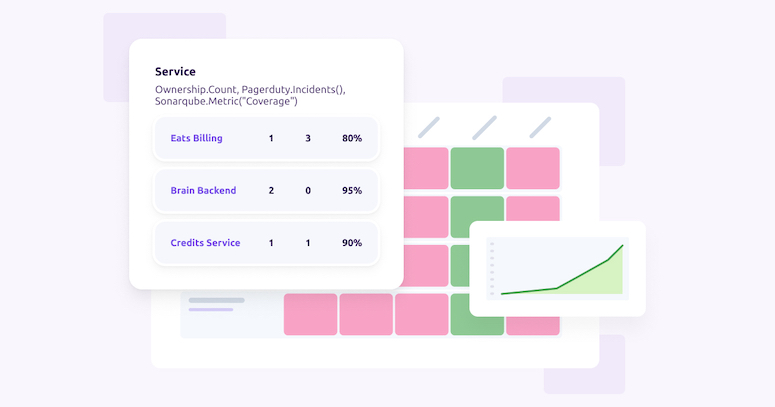 With the introduction of CQL reports, Cortex users can now generate reports based on queries, gaining more visibility into services and resources than ever before.
By
Cortex
-
December 1, 2022