How ShareChat improved visibility into its services

With over 250 million active monthly users across 15 languages, ShareChat is one of the most prominent Indian social networks. The platform lets users share videos, jokes, songs, and other language-based social content.

What was the problem?

ShareChat experienced rapid growth, and each new team member faced a steep learning curve when it came to understanding the context of services that have been built across engineering. To find documentation for a service or to understand its dependencies, engineers had to dig through code, disparate resources, or rely on institutional knowledge from other team members. Additionally, dashboards and telemetry were scattered across tools, making it difficult to respond when an incident occurred. Like many companies, ShareChat found that this lack of visibility presented significant challenges as it tried to scale operations.

How was this solved before?

Before using Cortex, ShareChat relied on docs to track basic service data, like ownership, which made it more difficult to enforce best practices, like keeping documentation updated. This approach led to scattered information, which exacerbated the issue of visibility.

Many organizations encounter similar challenges with scattered information. If different teams aren’t operating from the same systems, they’ll develop divergent processes over time. In the short run, engineers experience difficulty finding information during incidents, making it harder to resolve problems as they arise. In the long run, scattered information makes it even harder to enforce standardization across teams.

How has Cortex helped?

How has Cortex helped ShareChat?

“Cortex has tremendously helped with the visibility and discoverability of service info. It’s very easy for a new engineer to learn more about the services they own and their downstream dependencies. We can understand what a service is calling, who its owners are, and where the documentation lives, in one single dashboard.”

Cortex has become an integral part of the onboarding process at ShareChat because it helpsnew developers understand the critical context around all of the organization’s services. Outdated docs and institutional knowledge have been replaced by a single platform, which automatically keeps information up to date. Developers can now find all of the accurate information they need in one place: the Service Catalog.

ShareChat uses Cortex to enforce best practices. Through Scorecards, they make sure that each service is using the right package versions, driven by GitOps for managing the catalog,, and more.

“Having all of the monitoring and logging dashboards in one place has helped speed up incident response and makes it easy to triage bugs found with our services. First time on-call responders are able to onboard much quicker, thanks to Cortex.”

ShareChat’s engineering team leveraged many of our 40+ integrations so they could access all of the relevant information about their services in a single place. This was particularly useful during incidents, when the on-call engineer could easily see Grafana dashboards along with the latest information about deploys, ECS, and K8s.

Any interesting insights that have resulted due to Cortex?

What’s your favorite feature of Cortex?

“The Dependency Graph is a really cool feature. In a microservices architecture, it can be very hard to understand how services interact, and the Cortex Dependency Graph makes it easy to understand. There have been multiple instances where we didn’t realize that two services depended on each other until we looked at the Graph.” 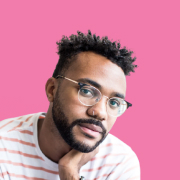 Cortex’s Dependency Graph allowed teams at ShareChat to visually understand their service architecture. For the first time, they could  visualize how all of their services were related to one another, which gave engineers a holistic understanding of the architecture. ShareChat has also begun representing their databases and infrastructure components in their Dependency Graph, so they can gain even more insight into how their applications work.

What’s next for Cortex?

What’s the next stage in ShareChat’s visibility journey with Cortex?

“We’re looking at adding Scorecards to start tracking service quality across different teams. For example, we want to start testing Sonarqube test coverage and deploy health, and understand which teams are not meeting best practices.”

Now that ShareChat has centralized vital information about their services and gained critical visibility into how their architecture functions, they are looking forward to ramping up their Scorecard usage and enforcing standardization and best practices with these Scorecards.

Scorecards enable developers and engineers to measure the performance of their services against custom rules, so the data being captured reflects what organizations care about. By gamifying service quality, Scorecards hold team members accountable and drive alignment. Engineers can set reliability standards by tracking the health of deploys, SLOs, on-call protocols, vulnerabilities, package versions, and much more. Ultimately, this empowers leaders to drive cultural shifts across the organization and improve reliability on a large scale.

How has it been working with the Cortex team?

“It’s been great working with the team, and the best part is the prompt replies and immediate turnaround for any kind of bugs or issues. Also, the Cortex team is open to any new features and has helped us with our requirements in a short amount of time!”

We’re excited to continue working with the ShareChat team to make the platform better for all of our users. If you’d like to see how Cortex can improve visibility into services at your organization, book a demo with us today!

Our team will be in touch shortly.
Oops! Something went wrong while submitting the form.